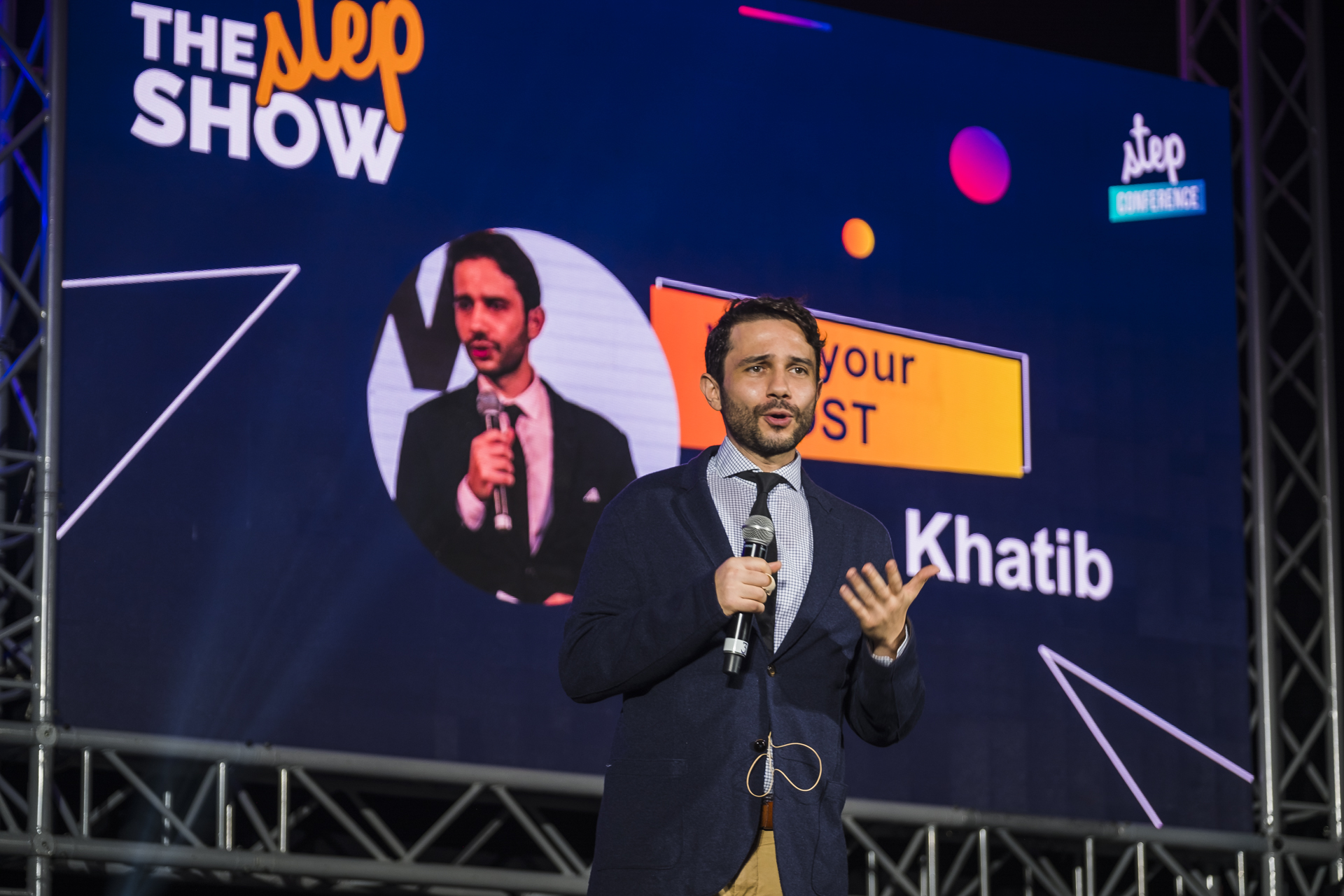 The Step Show is a talk show format featuring international guests with captivating stories and live interactive sessions with the audience. 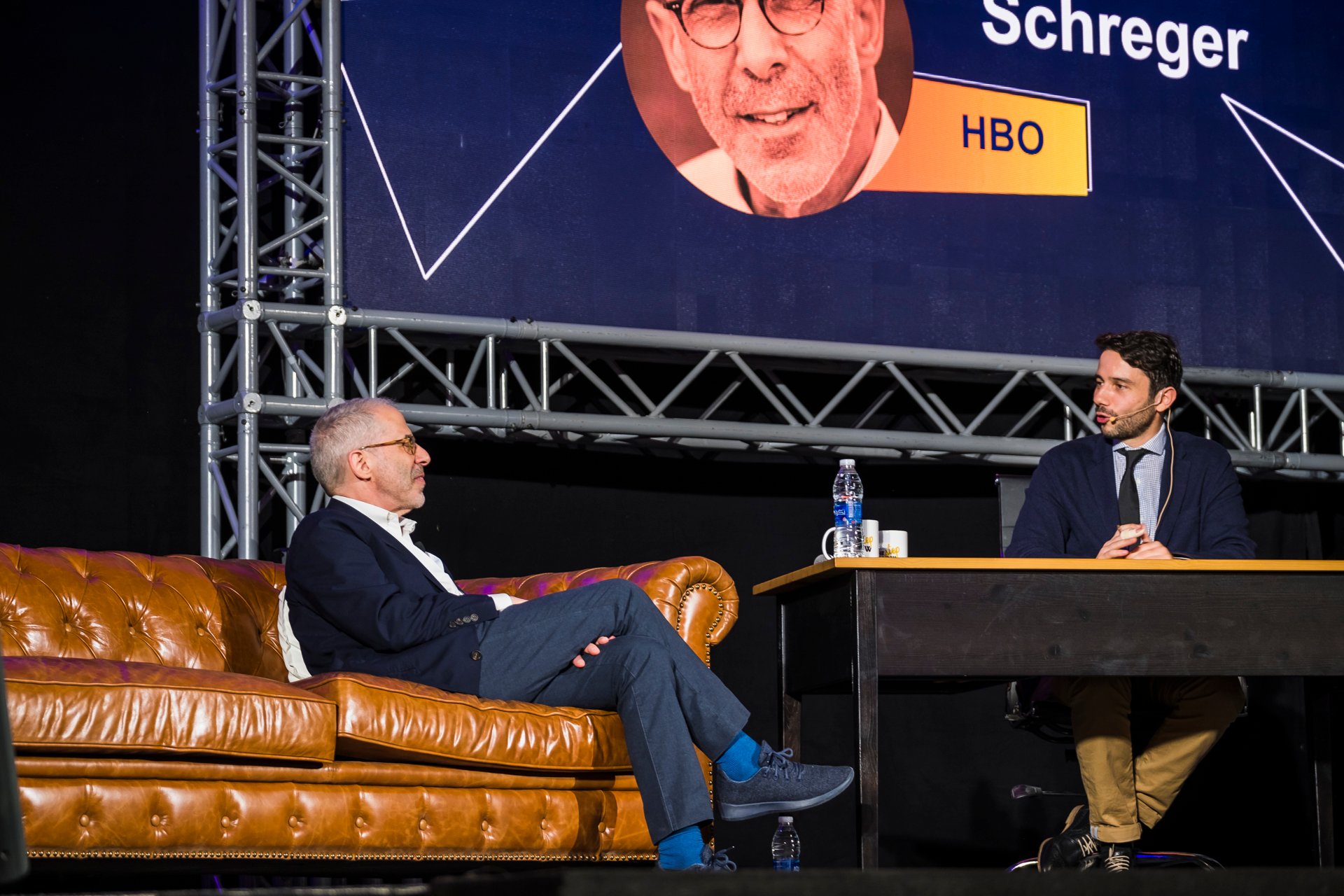 The Step Show is the first live talk show on stage at a conference. The Step Show premiered at Step 2019 featuring Ali Jaber of Arab’s Got Talent and MBC Group; Fadi Ghandour of Wamda Capital; Zahra Lari, the first female Emirati figure skater to compete nationally; and Saman Darkan, co-Founder of Kitopi. 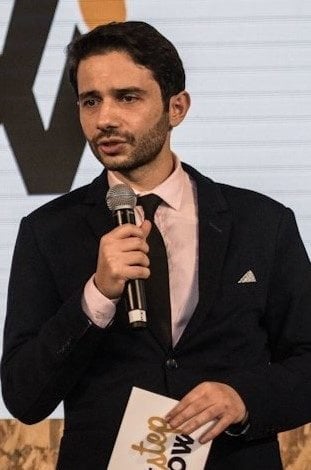 Sinan Khatib is an entrepreneur who has built several businesses in the US and the Middle East. He is the founder of several fresh fast food chains and a manpower company that services companies with drivers, cleaners and general staff. Sinan was previously based in New York where he worked as a Vice President at the investment bank Thomas Weisel Partners, and also as an attorney at the international law firm of Sedgwick Detert Moran & Arnold. Sinan holds a BA in Psychoanalytic Theory and a Juris Doctorate degree. 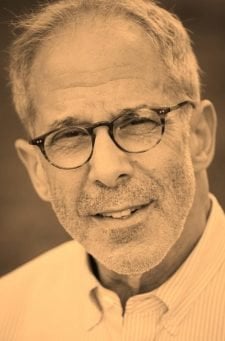 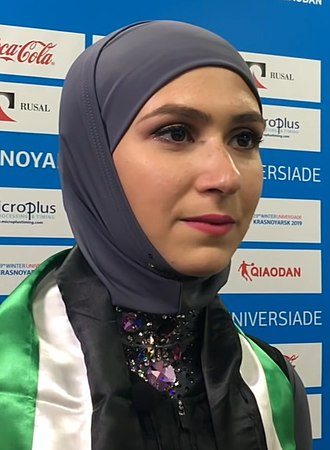 Emirati figure skater and the first figure skater from the United Arab Emirates to compete internationally. She is a five-time Emirati national champion (2016, 2018) 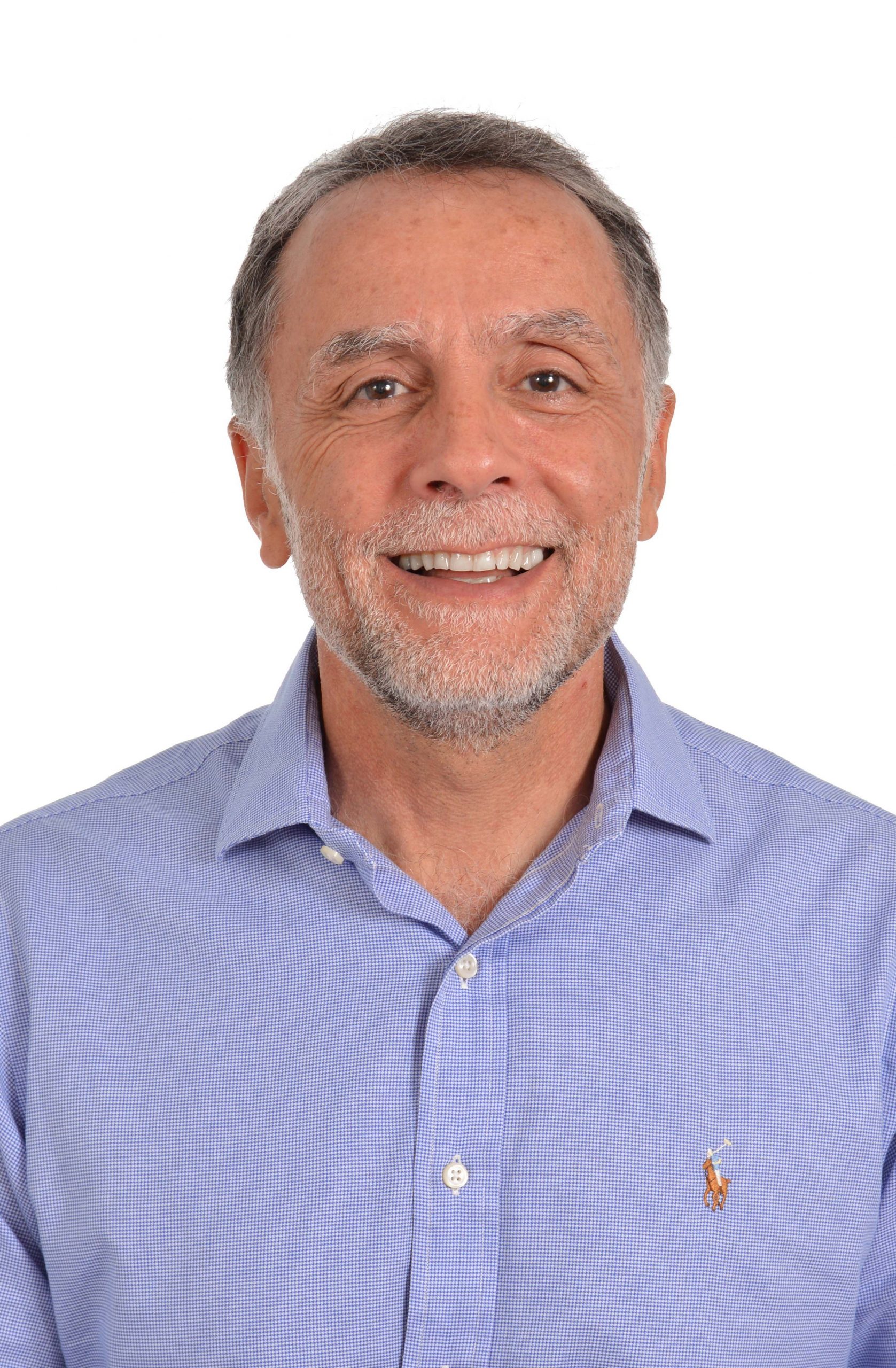 The Executive Chairman of Wamda Group, a platform that invests, nurtures and builds entrepreneurship eco-systems across the Middle East and North Africa. Fadi is also the Co-Founder of Aramex, one of the leading global logistics companies. Fadi spent the first 30 years of his work life as CEO of Aramex, building the company, making it the leading emerging market logistics company, employing over 15,000 people working in over 250 offices in 90 countries. He took the company public twice, first on Nasdaq making it the first company from the Arab work to do so, then on Dubai Financial market. He continues to be active on the Aramex board. Fadi is a serial entrepreneur. In his career, he was involved with founding, investing and launching tens of companies and non-profits, from digital tech, hospitality, F&B, fitness & wellness to security. Passionate about impact and social entrepreneurship, Fadi founded and Chairs Ruwwad for Development, a private‐sector led community empowerment platform that helps marginalized communities across several countries in the MENA region, overcome marginalization through activism, civic engagement, education and financial inclusion. He has also co-founded and continues to support one of the leading not-for-profit sports clubs in Jordan. Fadi also served and continues to serve on several global and regional boards of companies, education institutions and non-profits. 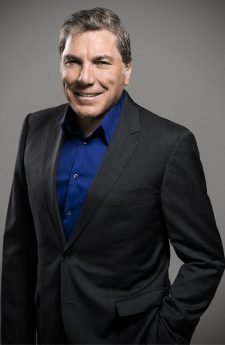 Dean, Mohammed Bin Rashid School of Communication at American University of Dubai (AUD) Group TV Director, Middle East Broadcasting Corporation, MBC. Ph.D. (in progress) Arab Satellite Television, King’s College, University of Cambridge, UK M.S. Communications, Syracuse University, USA B.B.A. Business Administration, American University in Beirut, Lebanon Born in Lebanon in 1961, Mr. Jaber completed his Bachelors in Business Administration at the American University of Beirut in 1984 before going on to earn his Master’s degree in Communications at Syracuse University in the US in 1986. Upon returning to Beirut, Ali joined the Fine Arts faculty of Beirut University College. There he helped set up their Broadcasting Department and for eight years taught a range of courses in television production. Concurrently, Ali worked as a Journalist covering the war in Lebanon and Iraq between the years 1987 to 1999, he was the correspondent of New York Times and The Times of London between 1989 and 1994, and Chief Correspondent for Lebanon and Syria for the German Press Agency (DPA) from 1987 to 1999. In 1992 he was approached by then Prime Minister Rafic Hariri and was asked to set up, from the ground up, a privately owned pan-Arab television station. Ali founded and managed what later became Future TV till 2003. While with Future, Ali oversaw the building of Future’s satellite broadcast and also started and managed a youth-oriented sister channel, Zen TV, which he ran for five years. In 2004, he was approached by His Highness Sheikh Mohammed bin Rashid Al Maktoum, UAE Prime Minister and Ruler of Dubai, and brought in as a consultant to head Dubai Media Incorporated (DMI), to revamp and re-launch its seven national and pan-Arab satellite channels. In 2006, after 2 years in which Ali successfully managed to restructure the channels’ on-air branding and their content as well as re-organize the company’s out of date management structure, Ali was appointed DMI’s managing Editor. Working closely with now UAE Vice President and Prime Minister and Ruler of Dubai His Highness Sheikh Mohammed bin Rashid Al Maktoum, DMI’s Board Members and the Chairman of Dubai’s governmental organizations, his responsibilities are wide-ranging and have grown to include the development of the media sector in the UAE. In 2008, His Highness Sheikh Mohammed bin Rashid Al Maktoum instructed Ali to set up a Communication School at the American University of Dubai. In July 2008 Ali was named Dean of Mohammed Bin Rashid School of Communication (MBRSC) and this year MBRSC graduates fifty students with degrees in Journalism and Digital Storytelling. One of the unique characteristics of the School is that it teaches all media writing courses in the Arabic language and its curricula focuses on Digital Media and Multi-platform Storytelling. In 2011 Ali was approached by Middle East media leader, MBC Group for a different type of challenge – this time in front of the camera, as a judge for the internationally mega-successful format, “Arabs Got Talent”. The show was a ratings hit, and raised the profile of MBC 4 to the #2 channel in the region. During that same year, and in parallel, Ali closed a deal with MBC to become Group TV Director of MBC’s 20 channels. In that capacity, and as of October 2011, Ali oversees content planning, acquisition, and programming for all the Group’s general entertainment and niche channels. Ali Jaber serves on the Dubai government Council for Design and Fashion, he also helped set up thenon-governmental organization: Young Arab Leaders (YAL) and was on the Advisory Board of American University of Beirut, School of Architecture and Design, in Beirut, Lebanon. Ali currently spearheads the Dubai government initiative the set up the Dubai School of Design in association with Massachussets Institute of Technology (MIT) and the New York based Parsons school of design and Fashion. Ali is also the goodwill ambassador for Sanad, the home hospice organization in Lebanon which offers free physical, psychological and spiritual support for terminally ill patients. 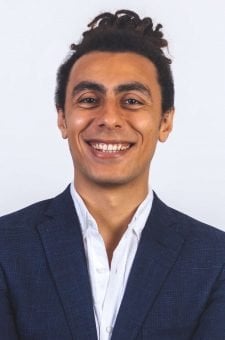 Sameh Saleh, is a unique leader who has strong evidence, taking businesses to the top level bydynamic entrepreneurship. In just over 18 months, Sameh and his team have led his founded company,Harmonica,to become the first Egyptian startup to be acquired by a key player in the global internet landscape, Match Group. Sameh’s skillset, know-how, and creativity have inspired Match Group’s top Executives to appoint him as CEO of Harmonica Global and join the top management club at the group.Sameh’s engineering background has influenced him to always have a longing for the solution and think big with conceptualizing what needs to be put together to build something big.In Africa’s & MENA’s entrepreneurial Eco-system Sameh is viewed as a symbol of inspiration and aspiration for rising stars in the region. Sameh is also the Founder of Hezaha We Safer, an Egyptian based media company & Tripdizer, a leading travel technology company in the Middle East and North Africa.He had a 8 years career as a Senior Petroleum Engineer at Petronas Carigali, HQ, Malaysia. He holds a Master of Reservoir Engineering from Herriot watt University, United Kingdom, and a Bachelor of Petroleum Engineering from Universiti Teknologi Petronas, Malaysia.Sameh dreams big and always reiterates, that with hard work, commitment and devotion dreams become reality.